Obviously, this is not a food post. From time to time, I will indulge.

Is mine the last generation to be told the stories? I write these nine small items for my nephews and hope that from these fragments, they will draw inspiration, courage and, most of all, internalise the importance of remembrance and non-violence, as I do. Interestingly, this post prompted my brother to tell me a few things that I didn’t know. I’ve added them.

1. I live in a house that was bombed during The Blitz

2. On Monday, I had lunch with Jim, 97, who tells me stories of his time as an officer during the Blitz, in West Africa and Burma. One of the many: <<When the firebombs were dropping in London one night, he and his future wife decided not to go to the bomb shelter because they didn’t want to be apart. They huddled on her bed (atop the covers, of course, because back then you just didn’t do that). The bombs dropped on each side of us. I knew they were firebombs. I had been trained. We were lucky>>

3. The judge I clerked for in US Federal Court: her husband and his sibling, Jewish, were hidden from the Nazis in Amsterdam by a righteous couple, while their parents were sent to the camps. They never saw their parents again and were fostered by the Dutch couple and then a Jewish couple in Israel. He loves all his families and I’ve never met anyone with a more positive attitude to life than this man. All he has of his parents is a tiny, black and white square photo.

4. The house I grew up in – the one in which my father also grew up: was commandeered by the Nazis. Everyone connected with the house was hidden and no one was taken away. Deportation of any remaining men from a village to the “work camps” was something that the Nazis did. The code word to warn men of approaching Germans was Francesca. All the women were forced to cook for the occupying Nazis and my great-grandmother was so fed up that she suggested adding poison to their food. The idea was never put into action because the Nazis’ retribution for such action would have been decimation: line up 20 guys, shoot every other one. My father, a small child at the time, remembers being terrified of a helmet the Nazis left behind when they fled (after setting landmines and booby traps all over the house) because of the advancing British forces, who then re-commandeered the house and cleared it of bombs. He dared not approach the helmet, even when it was safe. He remembers watching the British soldiers marching and they’d wait for him for the changing of the guard. The British officers used our dining room as the officers’ mess and they painted 1940s pin up girls on the walls. Only one such wall drawing remains, demurely hidden behind a framed painting.

5. My paternal grandparents, from NYC and the Bronx (pictured, couple to the right): American expats – living among family in Italy and refusing to greet those who supported the Fascists with the chilling salute. They were forcibly exiled from their home and interned. They were extremely fortunate and had the means to do so in safety, comfort and luxury, but they were marked as enemies not just by the State, but by their Fascist supporting family. My brother tells me that after the American Allies landed in Anzio, our grandfather headed south to meet them to inform them that the Nazis had pulled out of Campania and were fleeing north. He had a hard time convincing the Americans that he too was, in fact, an American. He finally convinced them by showing them the made in the USA tag on the inside of his jacket.

6. My maternal grandfather, in rural Campania: a Fascist officer – had been subject to a decimation line up and was passed over. He then was a Prisoner of War in North Africa for a number of years and believed dead by his village. He refused to speak about any of it merely saying war is terrible. One of my biggest life regrets is not being more insistent and breaking down that barrier.

7. My maternal grandmother, in rural Campania: she could not hear the village’s fire siren without immediately associating it with the air raid siren and shuddering, just that little bit.

8. My great-uncle, Frank, in the Bronx: served with the US Marine Corps. I don’t know his stories, but I wish I did. I remember the tattoo on his arm. My brother tells me that he fought in the Pacific and partook in the island hopping campaigns. He remembers looking at his pictures as a kid and in one of them he was posing with his rifle, while his foot was on top of a dead Japanese soldier. He asked him about it and, of course, Uncle Frank told him that the Japanese soldier was just playing dead

9. Gianni, a family friend from New Jersey who had, before the war, emigrated with a brother to the USA: he landed on the beaches of Normandy. His brother was at Anzio. Their other brother, the one who stayed behind, was fighting, for the other side in the Italian Apennines. My brother tells me that Gianni was wounded on D-Day and laid on the beach for several hours with a hole in his gut before receiving medical attention. He was part of the first wave; everyone in his company was killed, except for three, including him. He said that lots of his friends actually died by drowning because the landing craft could only go so far due to the obstacles that were laid out by the Nazis to prevent amphibious craft from landing on the beach. Therefore, when the door opened over deep water and the guys ran out, they sank like lead due to all of the gear they were carrying. Most of the guys lucky enough to free themselves from their gear before drowning ended up getting killed on the beach anyway. Truly horrible. 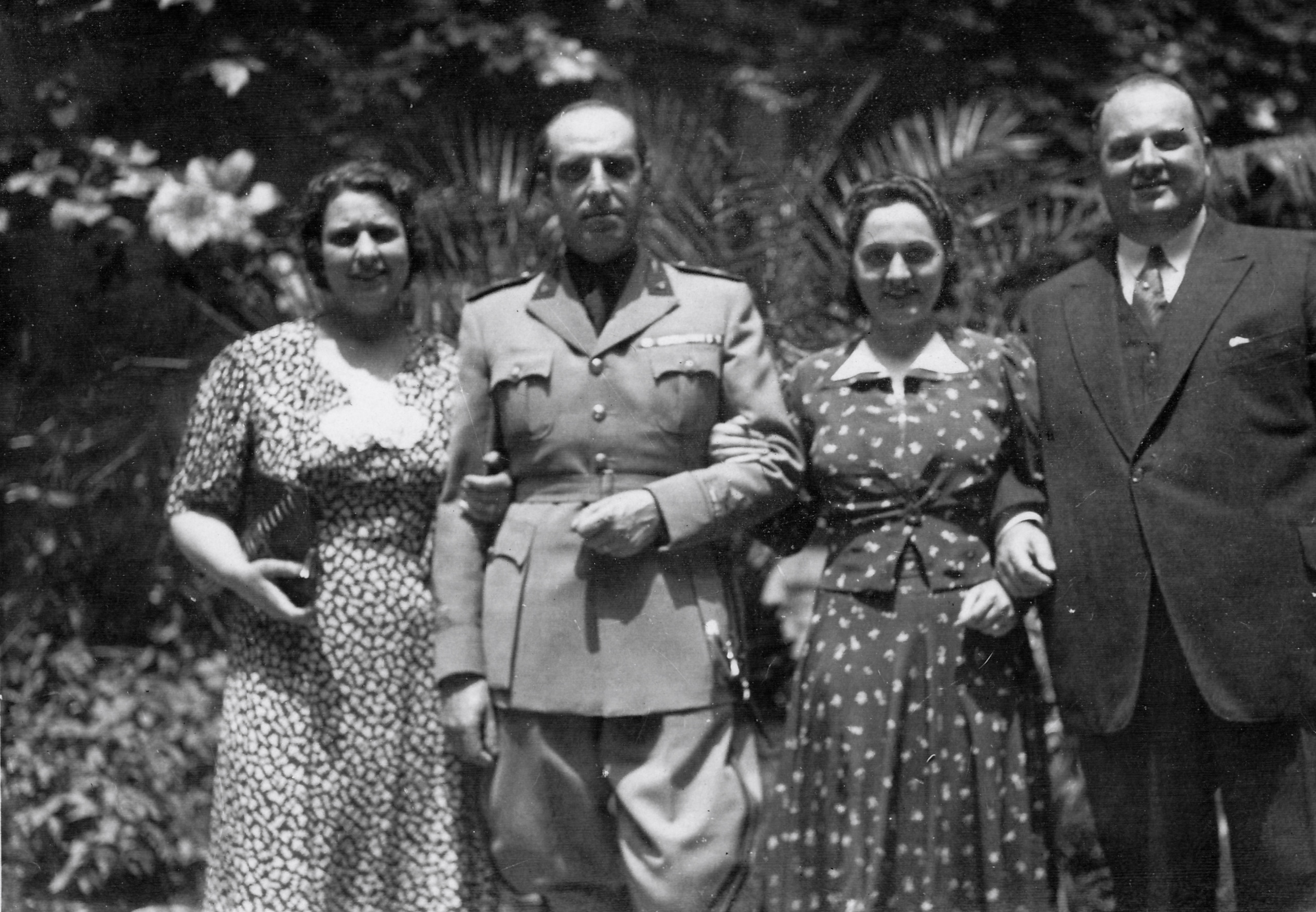