I love porridge made in any way, whether sweet or a bit salty, thick, runny or even almost raw with the oat flakes just lightly absorbing soy/almond/coconut milk or water. I have some form of porridge every day, usually three tablespoons of oat bran with a tablespoon of flax or linseeds (or mix of linseeds and goji berry – basically, whatever I can find and/or is on sale).

But the weekend porridge, well… that’s totally different. It is a mix of oats, quinoa (which is a seed so has lots of protein) and dried apricots. You could add a variety of other fruits/nuts as well, but I like to keep it simple.

Recently, because it is in season, we added rhubarb, which gave the porridge a tangy edge to the creamy and sweet breakfast. Or you could make an easy rhubarb compote, with just a bit of water, sweetener and rhubarb boiled until it comes apart and then add two spoonfuls of flax meal if you wish. 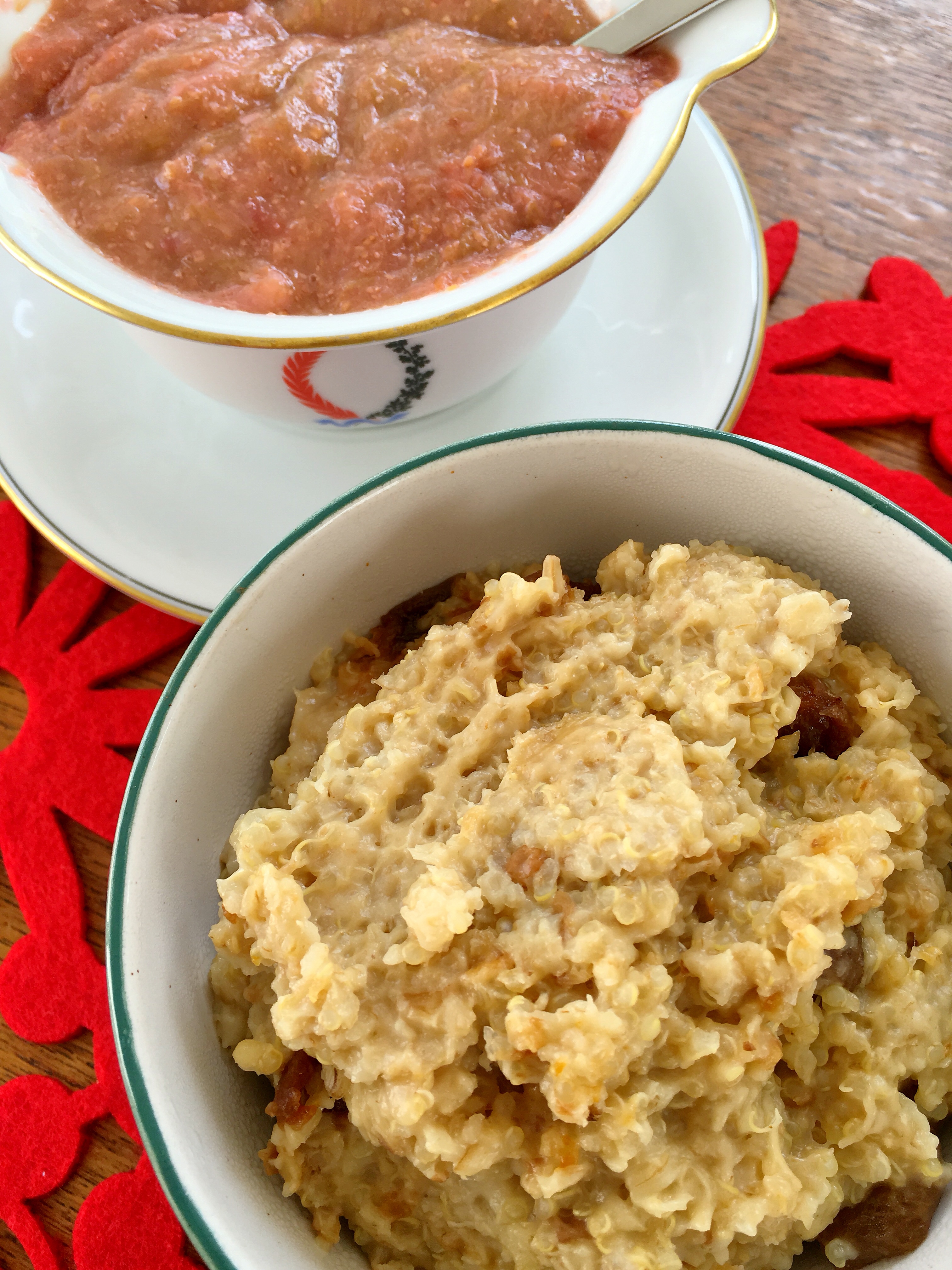 Recipe for the porridge after the photo (serves two). 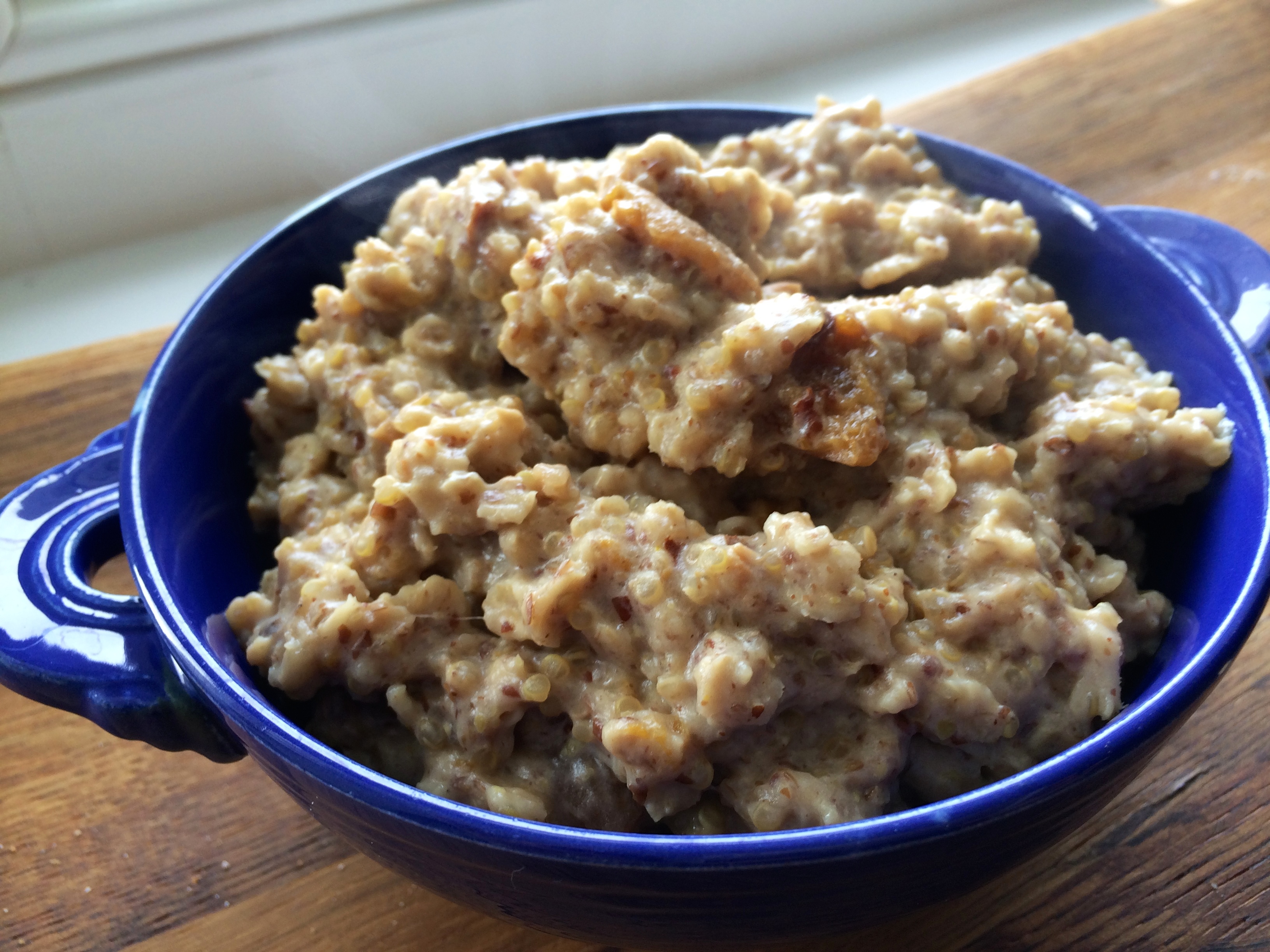 Cook the quinoa for 10-15 minutes until the middle is almost transparent (it will cook a bit more once added to the porridge/oatmeal, so don’t worry if it’s not totally done). Add a little bit more water if it gets all absorbed, but not too much.

Once the quinoa is just about ready, pour the porridge/oats, flax or linseeds, salt and pour the non-dairy milk into the same saucepan, enough to cover the mixture. Stir and mix well and continue to cook over medium-low heat. Continue stirring and add the sweetener. Cook for 5-7 minutes and gauge whether the oats have absorbed enough liquid. If the mixture is too liquid for your preference, then add more oats. If too solid, then add more non-dairy milk.