Rumbledethumps is a traditional Scottish dish. No news in telling you that potatoes and cabbage are staples in Scotland, as in many other places.

A similar dish appears in the traditional cooking of England, where it’s known as bubble and squeak, and Ireland, where it’s known as colcannon (coincidentally, because I had prepared this prior, there’s a scene from the film In America that I watched last night about an Irish family in NYC, where they eat colcannon). Variants are also found in Spain, Sweden, Denmark, Portugal and Netherlands and in the US, the variant is hash browns. Recipe after the photos, serves four as a side, although I like it as a main also. 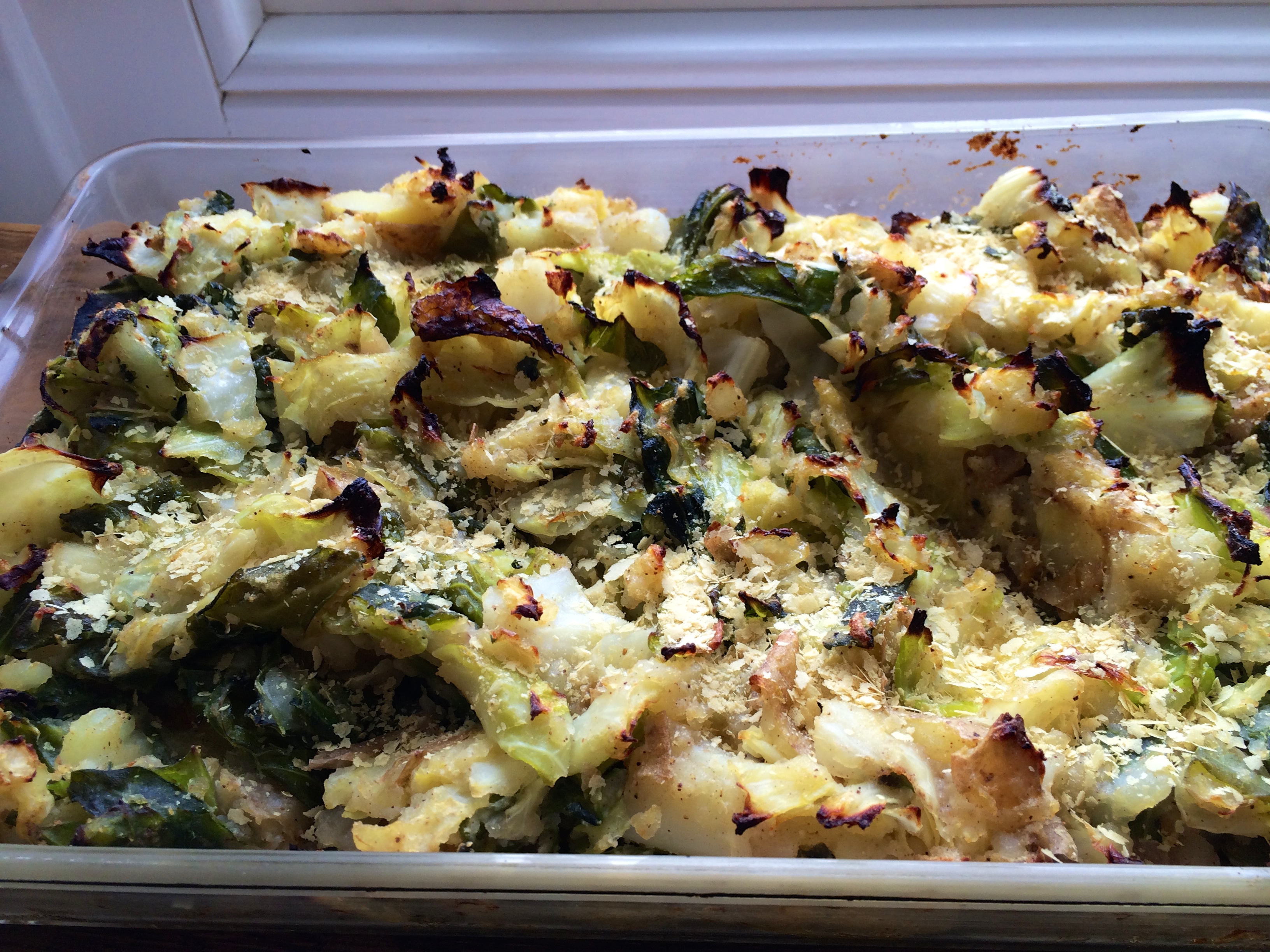 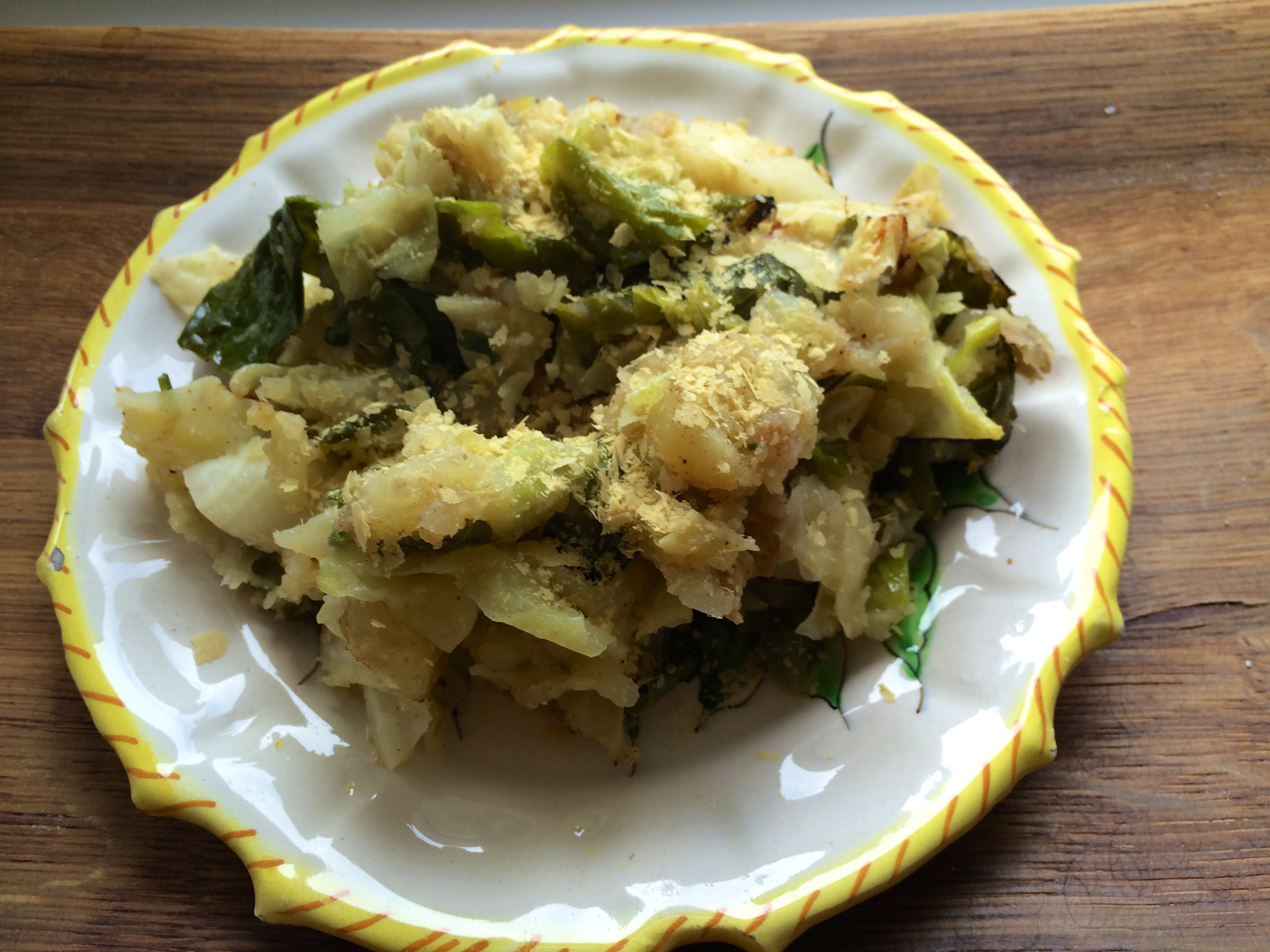 In lightly salted water, boil the potatoes and the turnips until just tender. Do not overcook because these will be mashed. Once cooked, drain, add the vegan margarine to the mix and mash roughly.

In a separate saucepan, cook the onions over medium-high heat until soft. Then add the water and cabbage, stir and cover with a lid to let the cabbage and onion mix steam until the cabbage is wilted and the stems begin to soften.  If you need more water, then add some a tablespoon at a time.

Mix the spices, parsley, spring onions and the cabbage and onion mix with the mashed potato and turnip mix (and vegan melty cheese if you fancy). Salt and pepper to taste. Place the mixture in an ovenproof dish, drizzle some olive oil atop and bake for 25 minutes or until golden brown.

« Ribollita – A Peasant’s Delight: Bean and Cavolo Nero Soup
Thai Vegan Fish Soup (with a side of fish sauce history) »